The most used Judge Death trope behind the whole ‘Judge Death impersonator goes mad’ one is the whole ‘dream sequence’ one.  This story features Judge Anderson using her time in a sleep machine to remove some skeletons from the closet that is her mind after Judge Death lived there rent-free for a while early on in his timeline.

This story is short and sweet.  As it’s not a main timeline story, this doesn’t really affect anything but it’s a good story with some of the best black and white art we’ve seen in a Judge Death story.  It’s definitely worth tracking down just for that.

A Dream of Death is a five page story (although it does get an extra page – by TMO and Robin Smith that acts as an intro) that begins with Judge Anderson making her way to the sleep machine after a busy day of riot control.  The machine condenses eight hours of sleep into just a few minutes.  However, as she enters R.E.M. sleep, Judge Death appears and begins attacking her.  He explains that if you die in your dreams, you die in real life.

However, Judge Anderson is an expert in lucid dreaming and is able to take control.  Initially hurting Judge Death, much to his shock, before decapitating him.

When then see her after she has woken up, feeling well-rested. 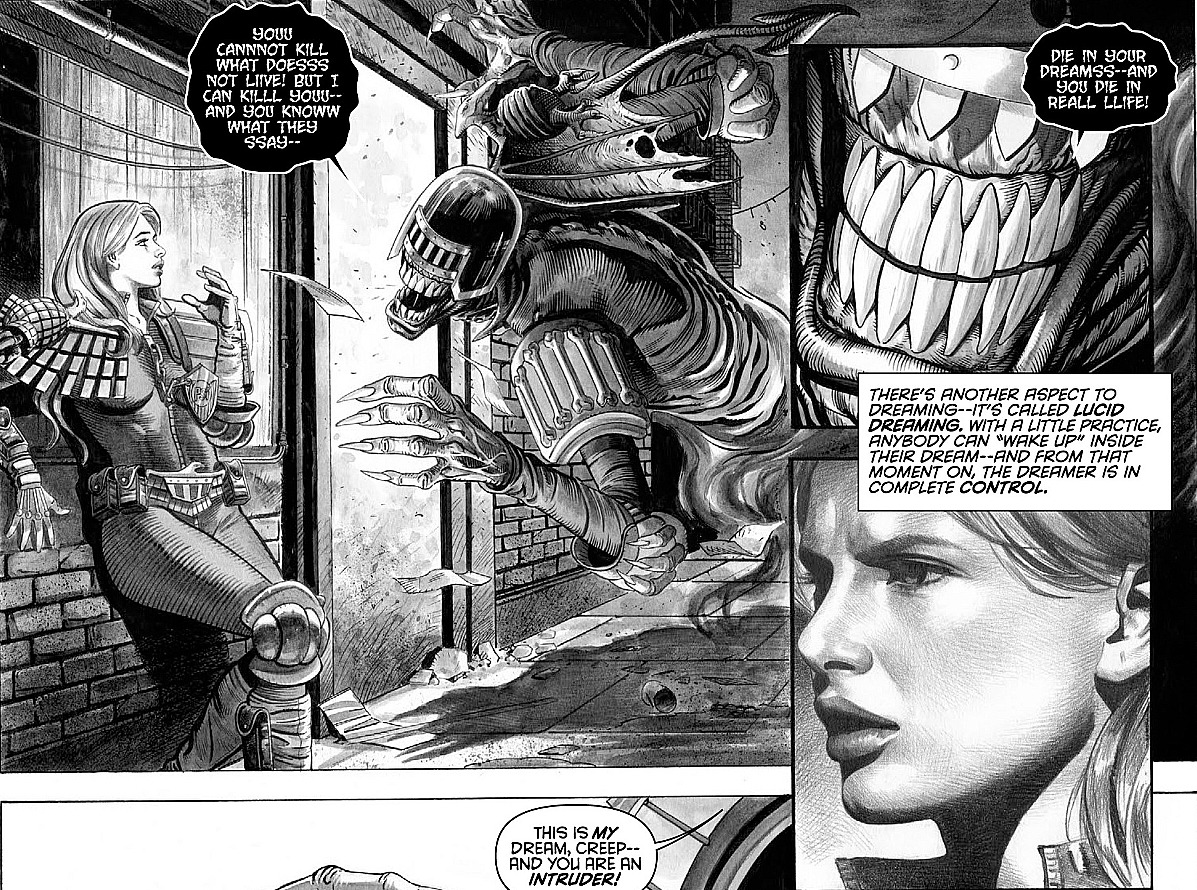 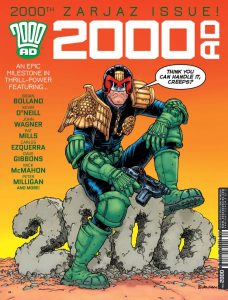