Despite being written some 24 years after Necropolis, this story is one of the many to show events that happened during that particular mega-epic.  It’s a dark story about a murderer who is affected in a very peculiar way by Judge Death’s actions.  It’s a very original story (even if it does introduce another psychopath to the Judge Death storyline, despite PJ Maybe really owning that role) and suitably dark.

The black and white art is as oppressive as anything we’ve seen Judge Death in and the whole thing feels almost Victorian in terms of its bleak setting.  The writing and art are great though, different certainly but still very enjoyable.  This is definitely one you need to pick up, even if it is quite short at just nine pages. 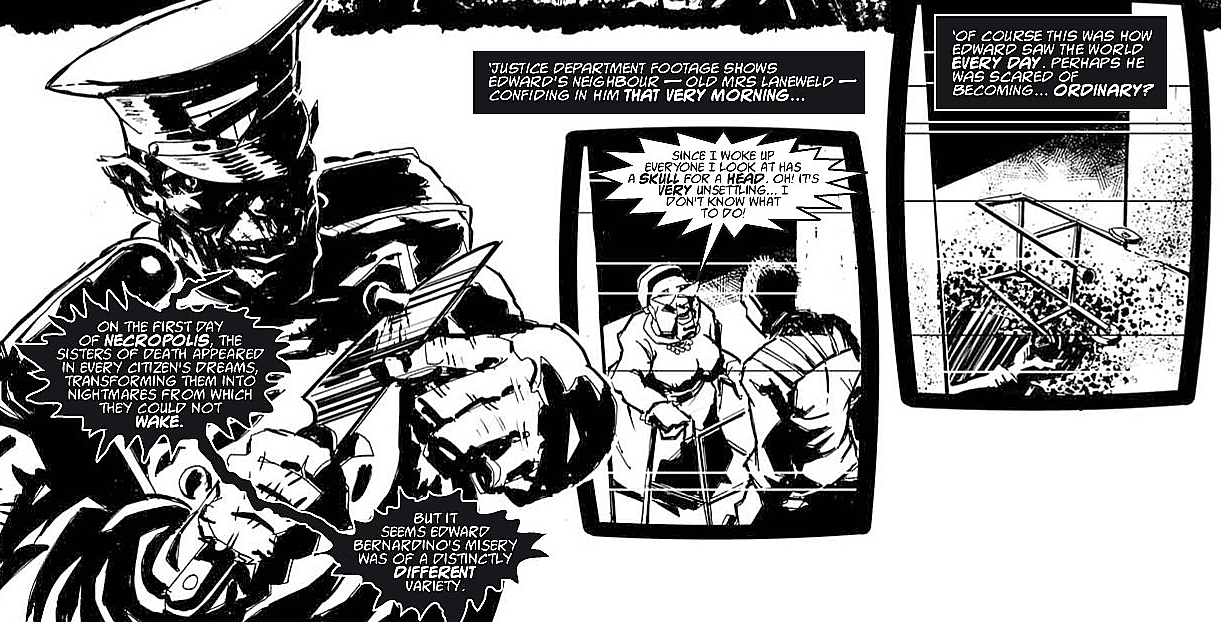 …And Death Must Die is a Black Museum tale, told by the guide, Henry Dubble.  The museum holds artifacts that speak to the darker side of Mega-City One and in this tale he is talking about Edward Bernardino, a young man who is struggling to cope during the Necropolis.  You see, he’s a murderer and the Dark Judges (and Sisters) are robbing him of people to kill or making killing so easy and trivial that it no longer gives him any pleasure.  He’s distraught and decides to kill his family, just to stop Judge Death from having the pleasure of doing it.

He decides that he needs to kill Judge Death himself, the being that has taken away the pleasure of killing from him.  He begins to track him by following the cold.  He eventually finds Death’s lair, the coldest place in the city.  He makes his way in and tracks Death down before driving a knife into him.

This, of course, does nothing.  The Sisters ask why Death doesn’t kill Edward immediately but Death is intrigued, seeing a shared purpose with him.  He decides to let him live, to kill others in the name of Judge Death.

Henry concludes the tale by showing the knife that was used by Edward on Judge Death but reveals that it was found at a crime scene recently (24 years later).

This story hasn’t been reprinted, so you’ll need to track down Megazine 348 if you want to read/own it. 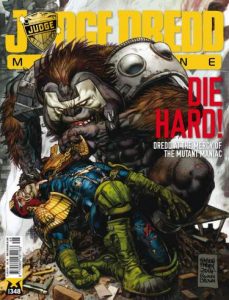