Skip to content
History
First published in Judge Dredd Yearbook 1992 in 1991.
Writer: John Wagner
Artist: Cam Kennedy
There are a couple of strange things about this one.  Firstly, the official sources don’t mention that Judge Death makes an appearance in it.  Secondly, the strip itself spells the title wrong (Auld Aquaintance) but the index page of the Judge Dredd Yearbook 1992, where this story first appeared, does spell it correctly as Auld Acquaintance).
This is a silly story which is dripping in Scottish stereotypes and one that is mostly a comedic tale.  Death makes a passing one panel appearance, which is why we’re including it, but it’s not anything that you need to desperately search out.  It isn’t John Wagner’s best work but Cam Kennedy’s is good, making sense of the comedic chaos that is on the page.
*spoilers ahead*

Plot Overview
Auld Acquaintance is a comedic tale of Scottish violence set at the ‘Mega-City One Cal Hab Expats’ Club Hogmanay Dinner and Dance’ and begins with the compere of the night trying to introduce his special guest.
The guests are pretty rowdy, either drinking or fighting, but he soldiers on and introduces his guest, Judge Dredd.  He’s there to reflect on the year that was 2113.
He begins discussing some of the difficulties presented by that year, which includes this story’s one mention of Judge Death who is, at the time of the story, missing post-Necropolis.
Outside a former member of the group (who is described as something of a headcase), Big Tam McNutter, finds a robotic Loch Ness Monster and crashes the party at midnight.
Dredd is able to swing on a light and knock Tam off of the robotic monster and then punches him for good measure before calling in the Med-Wagon for him.  He leaves with Tam as the rest of the group since Auld Lang Syne. 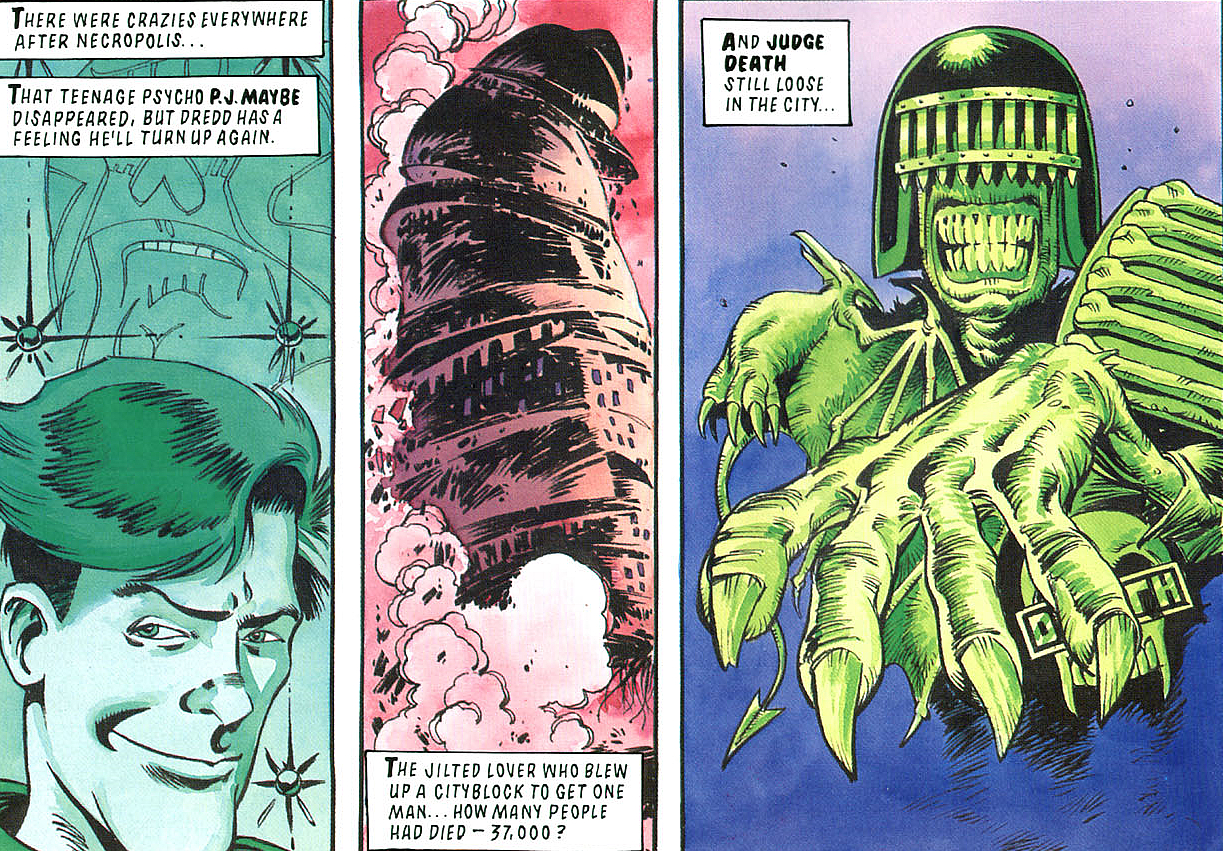 If you can find the original Yearbook, you’ll get this and a nice reading guide for Necropolis.  However, Auld Acquaintance, was reprinted in Restricted Files 3. 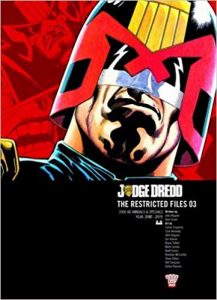