Behold the Beast first showed up as a sixteen-page story in the 1983 Judge Dredd Annual and is a side-story that references the earlier stories featuring Judge Death but doesn’t really fit into the main timeline.  You may disagree but we can’t even figure out if it’s meant to be a dream let alone canon.  It’s not been covered anywhere else apart from in this fun blog post.

This story is however notable for being the first one inked by the sadly missed Carlos Ezquerra.  It is typical annual fodder and not the most pleasing Death story visually speaking.  Also, Death really only makes a cameo in this and so it’s not a story to go out of your way to find. 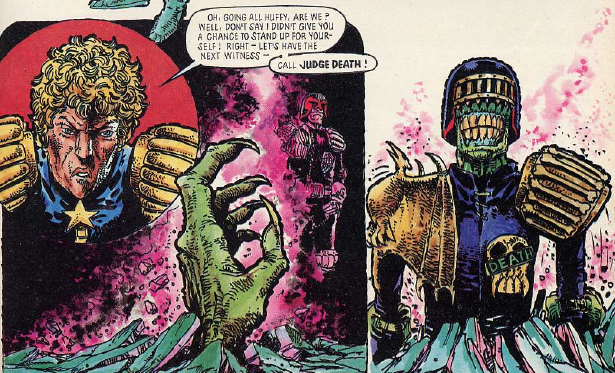 With Death and Co. currently being in a less-effective powdered form on the ground in Deadworld, Judge Dredd isn’t expecting to hear a peep out of them.  However, while chasing down a perp after a robbery, Dredd is abducted by a powerful alien force known as Behemoth the Beast and taken to the Supreme Court of the Dead to answer for his crimes.  This is a bit of an odd one because his crimes are for killing various suspects, which makes it strange when Judge Death is called as a witness against him.

The battle here is between Dredd and Behemoth with Judge Death, and the other Dark Judges, essentially making a cameo. 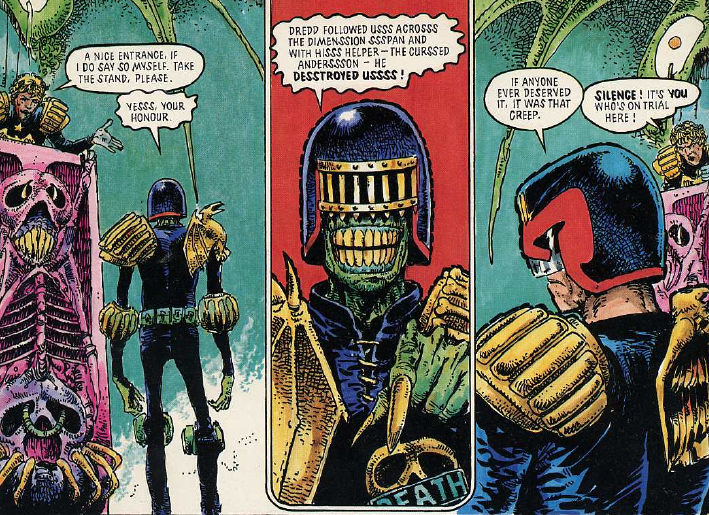 Still presumed dead on the ground in Deadworld.

Getting hold of the 1983 Annual might be tricky, so you’re better off ordering one of these from 2000 AD directly. 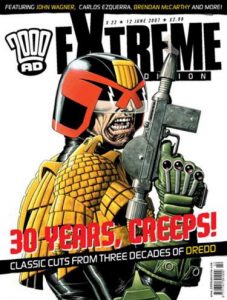