Beyond the Void marked the first return of Judge Death to the pages of 2000 AD since 1985’s Revenge, some 200 progs before (the stories in between were in Dice Man and The Daily Star).  Interestingly, this was legendary comic creator Alan Grant’s first solo attempt at writing a Judge Death story and he was joined by artist Mick Austin who would go on to draw many a Judge Dredd story.

The story picks up from Revenge with the Dark Judges scattered to the void and offers an interesting way to continue the story.  This is however a fairly short and sweet effort that doesn’t advance things forward (the build up to Necropolis is yet to start and the events that set that story in motion haven’t started yet) but it’s a very fun story that introduces the more humourous side of Judge Death (for better or worse) and keeps Judge Anderson busy for a few progs.

The art is pretty simplistic on this but still effective and Grant’s writing is actually excellent with two passages that mirror each other to show the differences between Judge Death and the monk that features in the story. 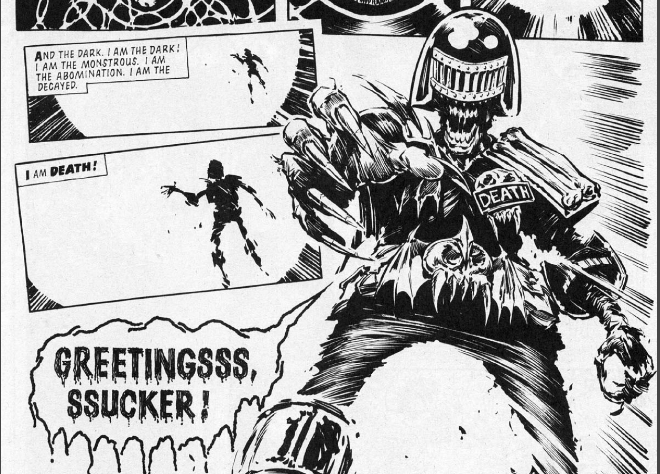 This rather silly tale starts with a monk, the Mahatma, eschewing modern life and choosing to meditate until he reaches nirvana.  He has been bricked up at his own request, fed water and rice by a tube and has finally made the breakthrough into the spiritual realm.  The only problem is that Judge Anderson sent Judge Death there during Revenge and when the Mahatma’s consciousness arrives, Death is waiting for him and looking to take a ride back to Mega City One.

This creates a spike of psychic energy that Anderson picks up on and the race is on to see if she can find the Mahatma and sever Judge Death’s link to her dimension.

If she had failed, this would have been the catalyst for Necropolis but instead this ends up being a standalone story instead but the story’s conclusion is interesting and shows that it’s not just Dredd who is able to make tough decisions. 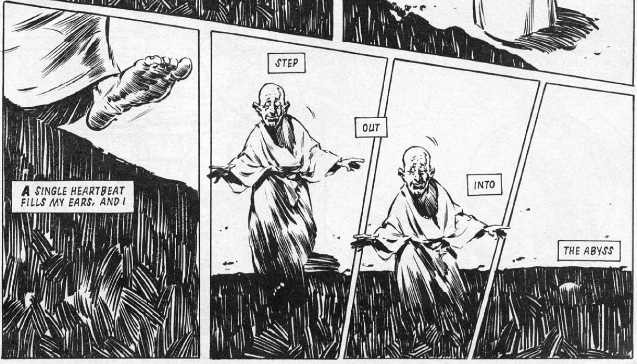 Still trapped in the void.

This is only a short story and so your options are to track down the progs or pick this one up as part of the Judge Anderson Psi Files (Volume 1) collection. 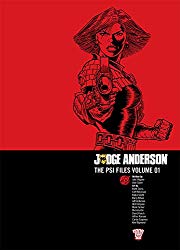