There were a lot of random Judge Death appearances in the 2010s, especially between the main timeline stories Dark Justice and Dominion.  Most of them were pretty slight and this is one of them.  It’s a story about a character, Big Meg, who is just another citizen, unremarkable and just trying to get by.  Judge Death features as a memory in it and that’s all.

It’s actually a pretty good story though.  Ten pages of human interest and a little drama, with a positive message in there.  I enjoyed it and I rather liked Boo Cook’s excellent artwork.

Given that this one is really just a mention of Judge Death, it’s not essential but it’s a cool story nonetheless and one that we’re glad we tracked down because none of the wikis seemed to catch it.

Big Meg is about a large lady called Meg (makes sense) who is reminiscing about her life as she walks through the city with an unscrupulous gang of organ-legging slave traders.  She has a good heart but has been unlucky in life.  Her fiance was murdered by weird lizard creatures and her family died from lemming disease.

As she walks with the group, one of them in particular is being quite mean to her because she’s so slow.  He’s particularly annoyed because the Judges are looking for them too and he keeps threatening to shoot her.

She remembers how after the Apocalypse War, she looked after some children that she found.  She had to give them up after the crisis was over though.  However, when she gets to the gang’s hideout, the people in charge turn out to be some of those kids, now all grown up.  They remember her though and with enough affection to shoot the gang member who has been disrespecting her.

However, the Judges end up bursting in.  Meg was allowing them to track her in an effort to clean up her neighbourhood unaware that she had helped look after the gang leaders as children.

The story ends with her noting how people like her, as unremarkable as they are, make the city what it is. 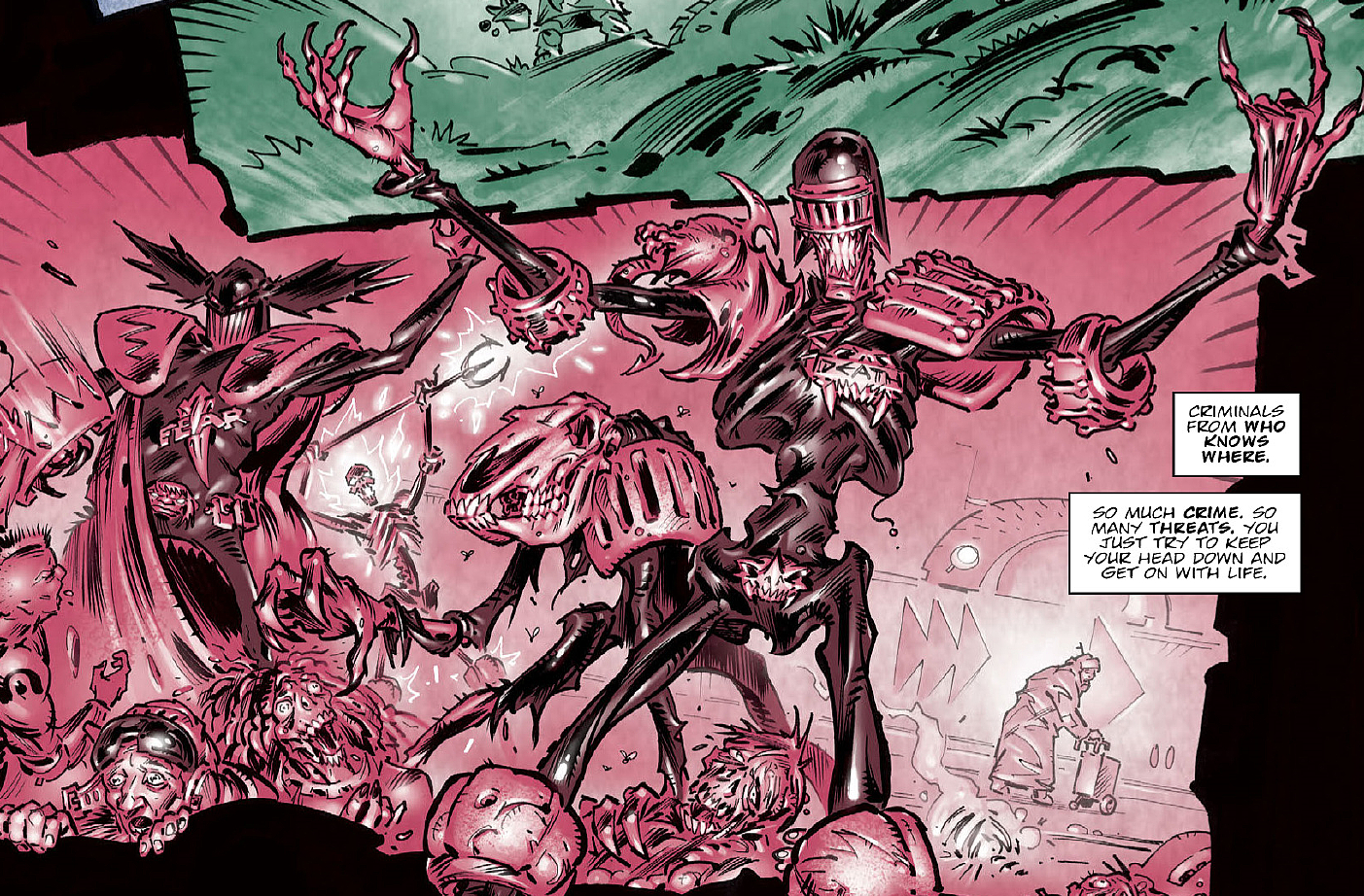 Big Meg hasn’t been reprinted yet so you’ll be looking out for Megazine 382. 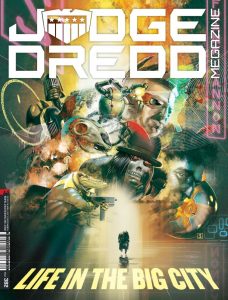