Because it was never reprinted, this story is easy to miss and is rarely mentioned but fits into the Necropolis story and features The Creep, a long-running 2000 AD villian who prowls underneath Mega-City One in the subterranean ruins of what was New York.  Written by Si Spencer, this story features all four Dark Judges, and is set during Necropolis.

Creep’s Day Out is a pretty silly story.  Despite featuring five of the most deadly characters the comic had ever seen, this is played for laughs.  It doesn’t advance the story of the Dark Judges and is instead just a glimpse into a moment of madness during Necropolis but it’s a fun tale and is elevated by Kevin Cullen’s excellent black and white artwork.

There is no reprint available for this so your only option is the Megazine it featured in.  It’s arguably not worthwhile unless you’re very tolerant of the ‘funny’ Judge Death or if you’re a completist.

Creep’s Day Out opens with the Dark Judges planning further destruction in Mega-City One during the Necropolis.  The Creep, a shapeshifting murderous mutant, leaves his home underneath the Mega-City, in the ruins of what was New York, and goes to meet the Dark Judges, introducing himself as a big fan of their work.

They attempt to dispatch him as quickly as possible but after The Creep survives a handshake from Mortis, a good look at Judge Fear and then being melted by Judge Fire, Death eventually humours him.  They play a game of Snap, which ultimately causes Judge Death to flip out and try to kill him.   However, Death realises this person has no soul and so the Dark Judges leave before things get any weirder. 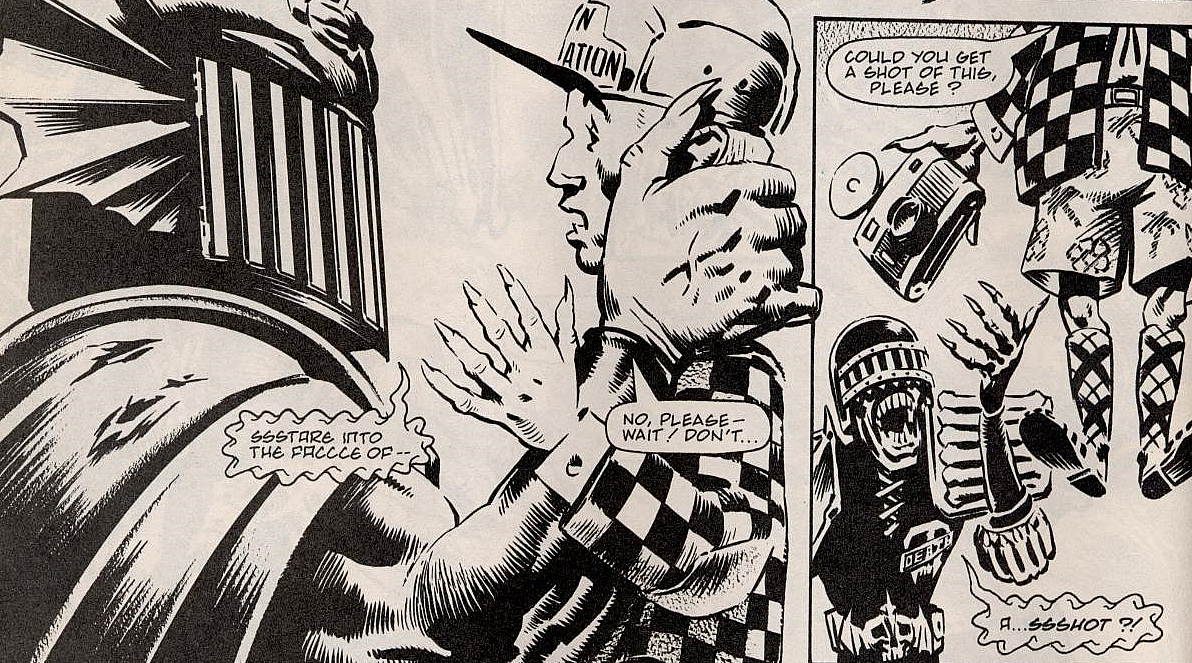 This one is tricky.  It showed up in this one Megazine but then was never reprinted seemingly.  eBay might be your best bet. 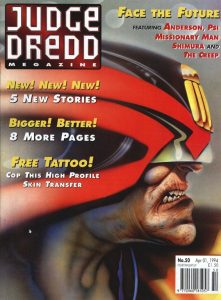