This five page story appeared in a one-off special issue of 2000 AD and is somewhat different to the current crop of Judge Death stories.  Where Fall of Deadworld and Dominion/Torture Garden are unrelentingly bleak and are excellent examples of horror storytelling, Darkness Descends is a real throwback to the ’90s where Judge Death was more of a comedy character.

Indeed this story does hark back to Judgement on Gotham, the 1991 Batman/Dredd crossover where the Judge Death took over the lead singer of a band, Living Death, and started executing the audience.  It’s a very slight tale with an emphasis on comedy and a playful, cartoony art style.  As such, it’s completely what we don’t want from our Judge Death storytelling but the story does offer a little bit of comic relief in an era where there’s very little of that from this character.

So while we’re not big fans of this one, completionists may want to pick it up.

Darkness Descends begins in a club where a band, possibly called Lady Die (it’s not very clear) are playing to a small audience.  The band, a female three piece, then find a bootleg recording of Living Death’s last performance from thirty years ago.  This was the one where Judge Death where took over from Johnny Stiff and killed the band.

Lady Die play the bootleg in the car and it’s the heaviest music they’ve heard.  They decide to copy that style, which leads to massive popularity for the band.  We see them covering Judge Death’s song with the band where the lyrics are “allow me to introduce myself, I’m an alien superfiend.   I’ve come to judge you all, let me show you what I mean.  Pleased to meet you, Judge Death is my name.”

The crowd are into it (despite the lyrics not scanning at all) and love Freya, the singer.  The thing is, she’s now possessed by the spirit of Judge Death, and she wants to go to the studio to record new music.  The band’s manager begins to get suspicious of her new behaviour though.

As the band start recording, the bassist speaks up.  She’s annoyed that they are basically copying Living Death at this point.  Freya/Death kills her, which annoys the manager.  Death then goes to kill the manager who pours a beer on the bootleg recording, which causes Judge Death to disappear. 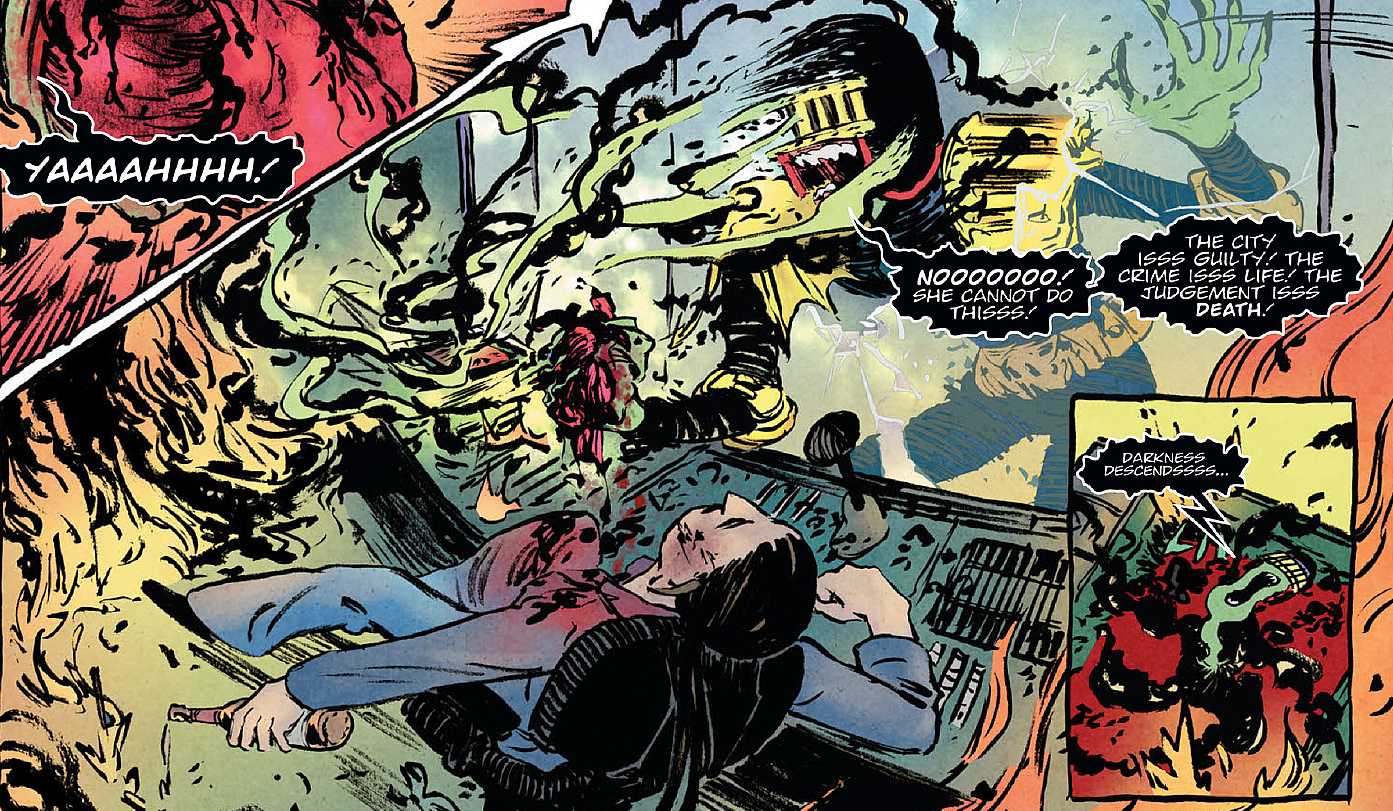 Loose in the colony of Dominion with Mortis and Fire.  Judge Fear still trapped.

This story hasn’t been reprinted yet and so you’ll need the Sci-Fi Special which is available, in digital form, from the link below. 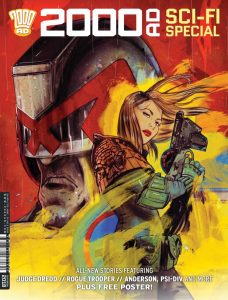