As another kind-of-Judge-Death story, Death’s Dark Angels doesn’t actually featured Judge Death but he’s kind of in there, even if it’s mainly just a giant statue of him.   But he’s so heavily referenced in the story that we had to include it in our bibliography.

Despite him not making an actual appearance, this is worth checking out for collectors.  Especially as it’s mainly a Judge Anderson story and so it feels like it should all be included in the collection (curiously, the Prog’s front cover makes it look like the real Dark Judges anyway).  It’s a good story too, you can definitely detect Alan Grant’s writing style here and Jake Lynch’s stylish black and white art looks good with a retro feel thanks to the Ben Day dotting. 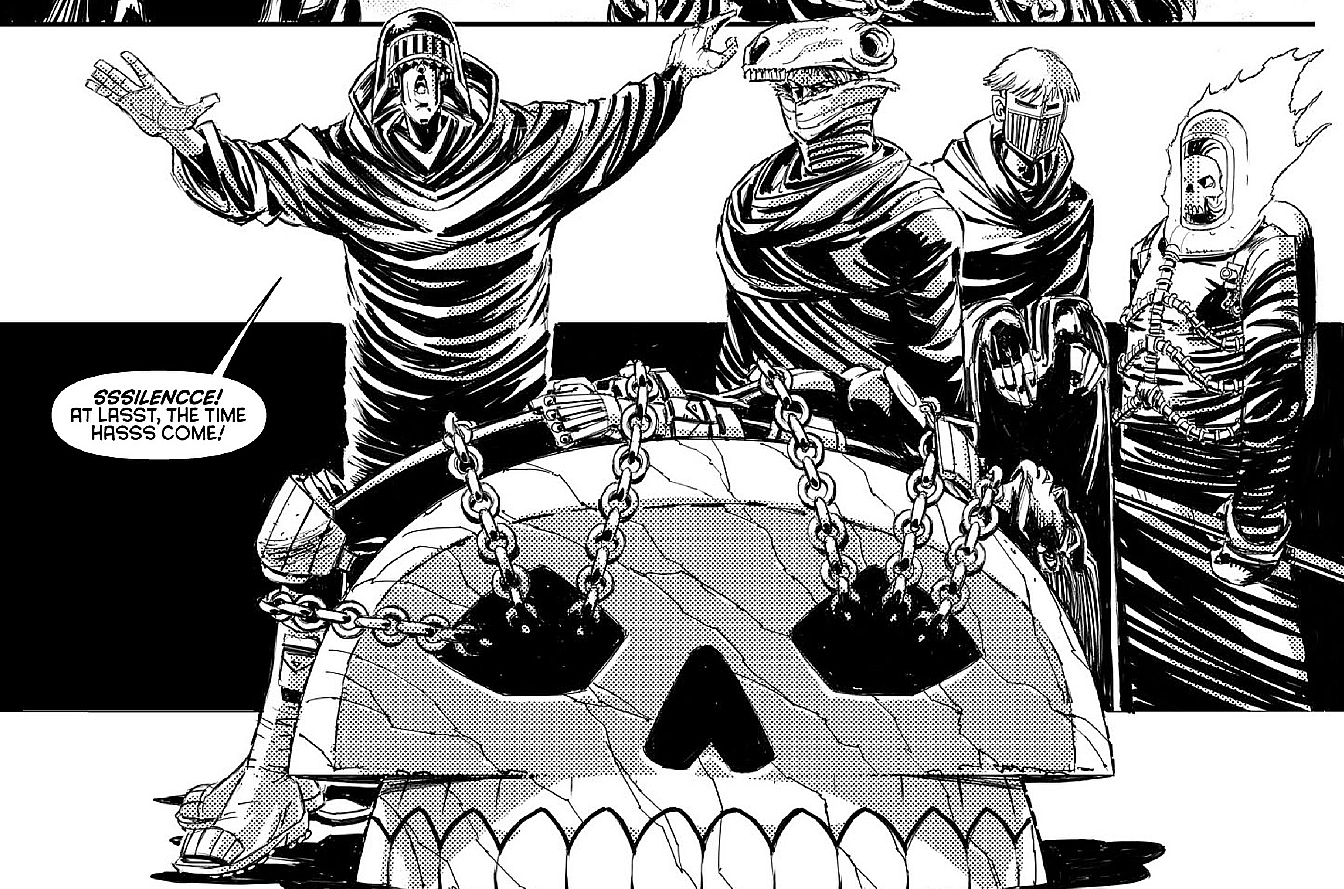 Death’s Dark Angels opens with a cult of juves worshipping a giant statue of Judge Death in their secret hideout.  They then collectively concentrate in order to send a psychic message to Judge Anderson who picks it up during an arrest.  It distracts her but she’s able to successfully detain the perpetrator and she radios Dredd to say she’s going to go and check it out.

Dredd meanwhile is shutting down an illegal bite-fighting club, which has no bearing on the story but does take up one of this strip’s nine pages.

Anderson heads to the Billy Carter block and we see that it has been 37 years since Death ravaged that place (in Death Lives which was indeed published 37 years earlier).   She finds the hideout but is ambushed by the juves and captured.  Four of them are dressed as the Dark Judges and the kid dressed as Death says that he is going to puncture her heart.  However, she is able to manipulate his thoughts and turn him against the others.

He kills the fake Mortis and Fire before being knocked out by the Judge Fear juve who goes to finish the job of killing Anderson.  However, Dredd arrives at the nick of time and puts a bullet through his skull and arrests the others, sentencing them all to thirty years. 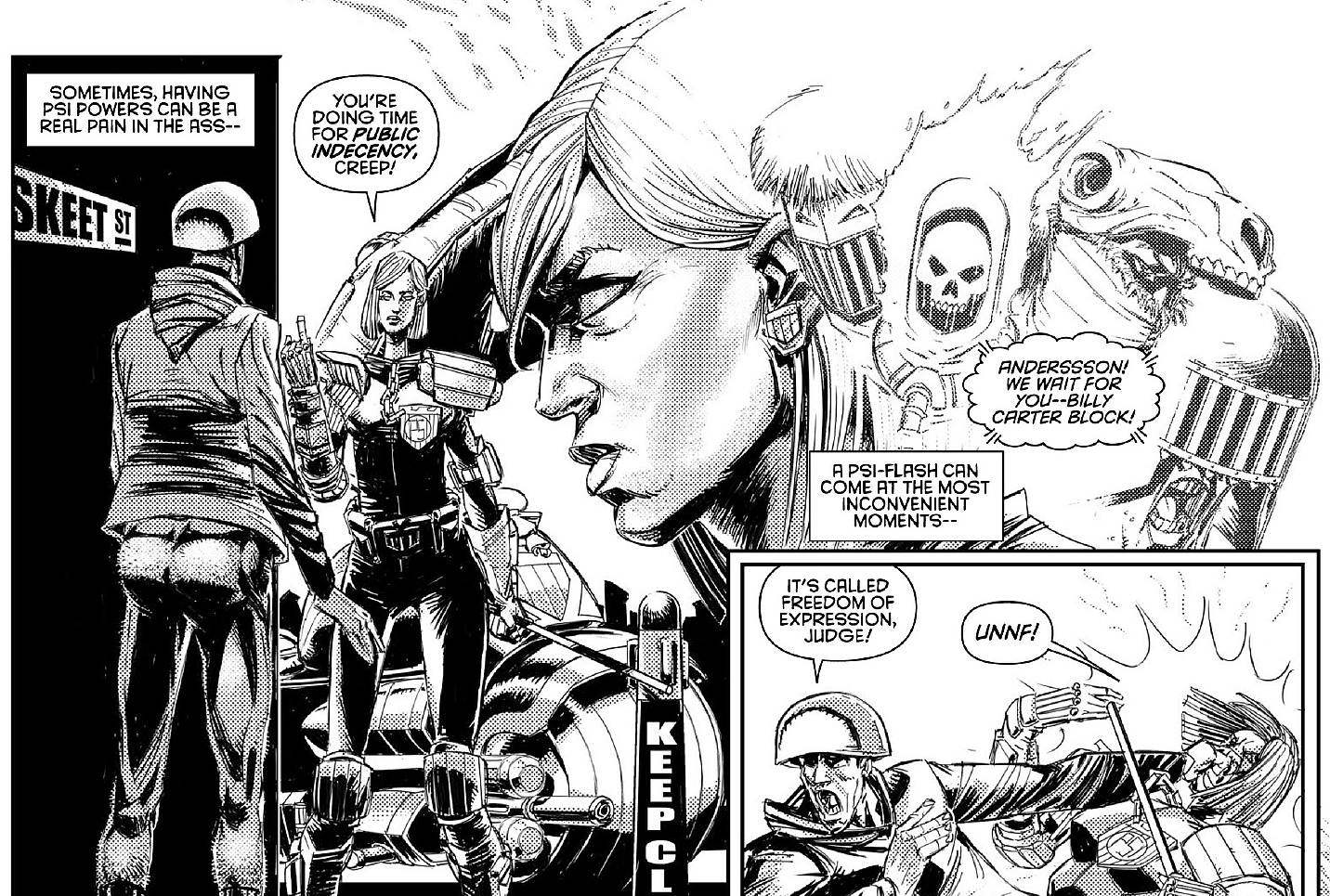 Loose in the colony of Dominion with Mortis and Fire.  Judge Fear trapped by Dredd and Anderson. 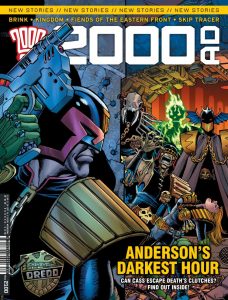