Stepping away from the main timeline, this is really a Judge Dredd tale, operating out of the main continuity of his and Death’s storylines.  Judge Death has a strong supporting role, essentially introducing the story.  However, he’s played entirely for laughs, even wearing a top hat.

Fans of 2000 AD and Judge Dredd in particular will enjoy the numerous appearances from classic characters but Judge Death fans will be left wanting.  Also, the writing is jumpy and confused which makes some sense in the context of the story but doesn’t make it much fun to read.

The art, by Colin MacNeil, however is excellent and is a real bright point in an otherwise disappointing and ultimately unimportant chapter in the Judge Death story. 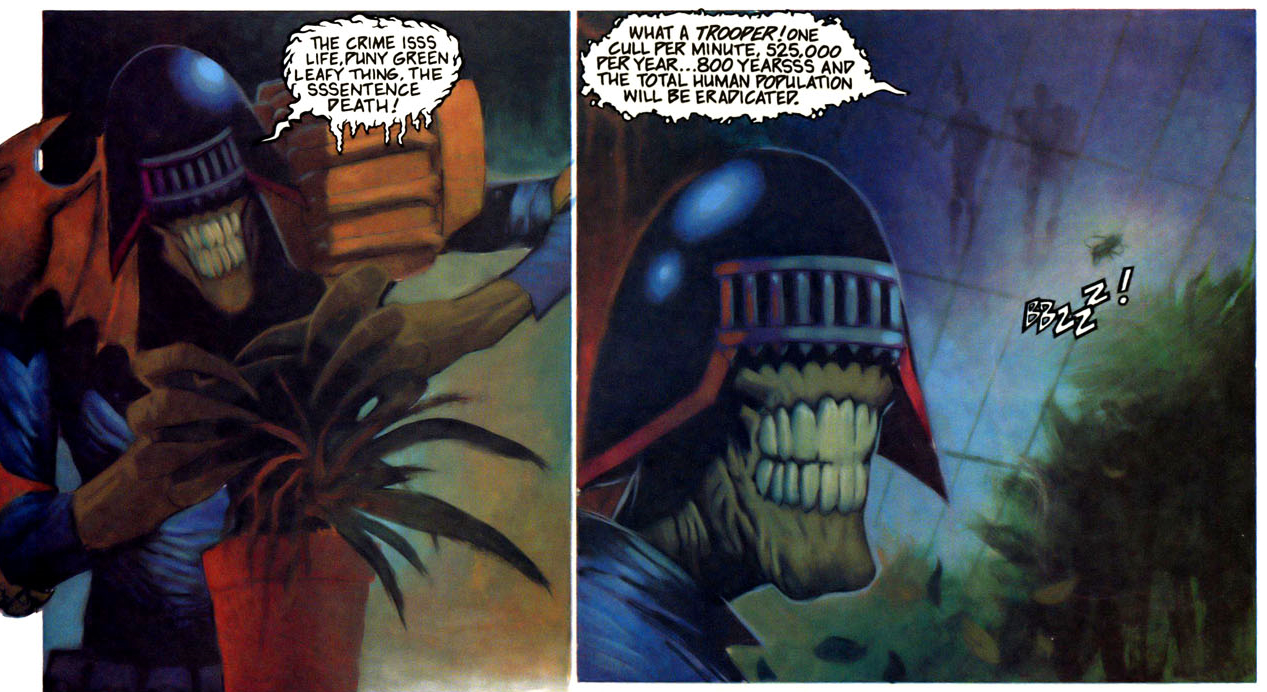 It’s a Dreddful Life opens with Judge Dredd waking up in a now-lawless Mega-City One.  Crime is happening all around him and when he turns to his trusty Lawgiver to help him control it, it pops with a ‘BANG!’ flag.  At this point Judge Death introduces himself as the guide to this story, complete with a top hat.

The point here, as was demonstrated on the cover, is what if Dredd had never existed?  What if he never killed Judge Caligula, never arrested Mean Machine and PJ Maybe and wasn’t there to protect Judge Anderson and what follows is pretty much that.  The bad guys are all alive and free to create chaos.

Dredd being Dredd is entirely irritated by all of this and eventually kicks Judge Death in the nuts before waking up to find that the pie he had just eaten prior to this strip had hallucinogenic synth-brandy in it.  So, of course, he arrests the guy making the pies and that’s that. 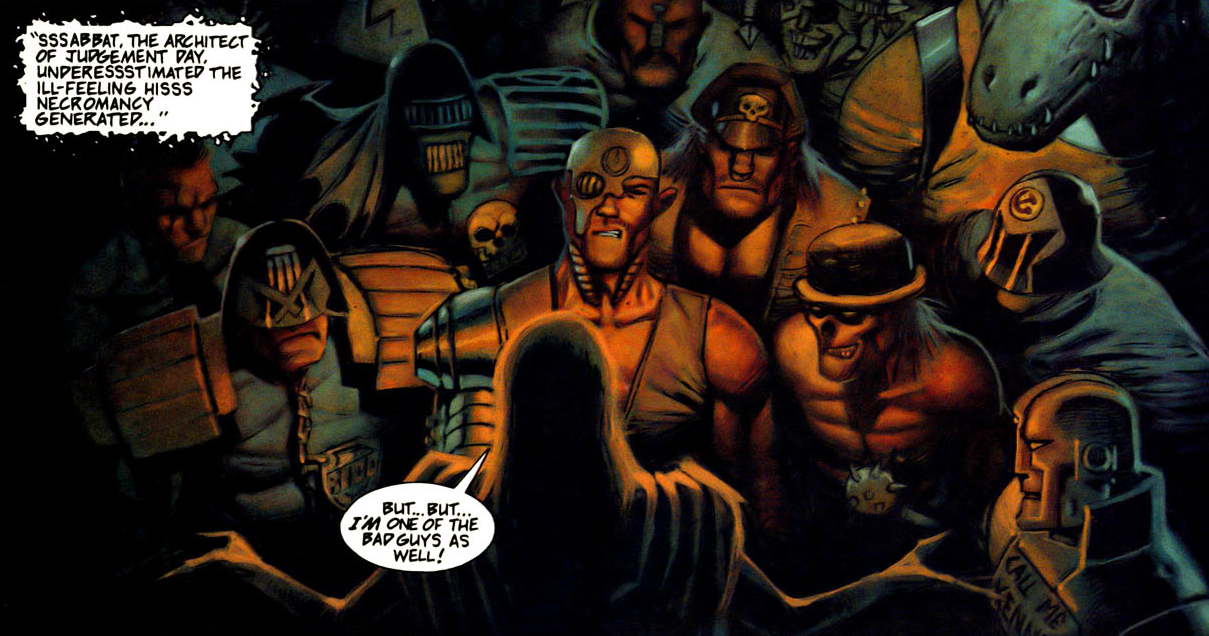 This only got reprinted once, in Judge Dredd: Case Files 20. 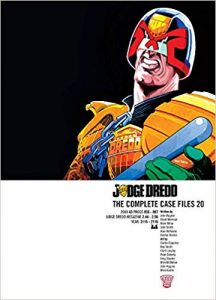