This one is a really great find.  A lovely soul on Twitter told us about it and we’re so glad they did.  This issue was published by IDW and is a three part anthology all written by John Layman.  The first story introduces Mega-City One and Judge Dredd.  The second is a fun story about Dredd rescuing a dog out of a tree (and it reintroduces the whole Pugg Dredd thing).

We’re here because of story three though which features the Dark Judges and has a very surprising conclusion.  We sold all of our Pop Vinyls last year (apart from Judge Dredd, our Big Trouble in Little China ones and the two Golden Girls ones that we’ve got).  But if they brought out the Dark Judges we’d buy a set for every room in the house.

The story is very daft and so so brilliant.  Totally worth tracking down.  The art duties on the stories are shared Francesco Gaston does the story we care about.  It looks fantastic too. 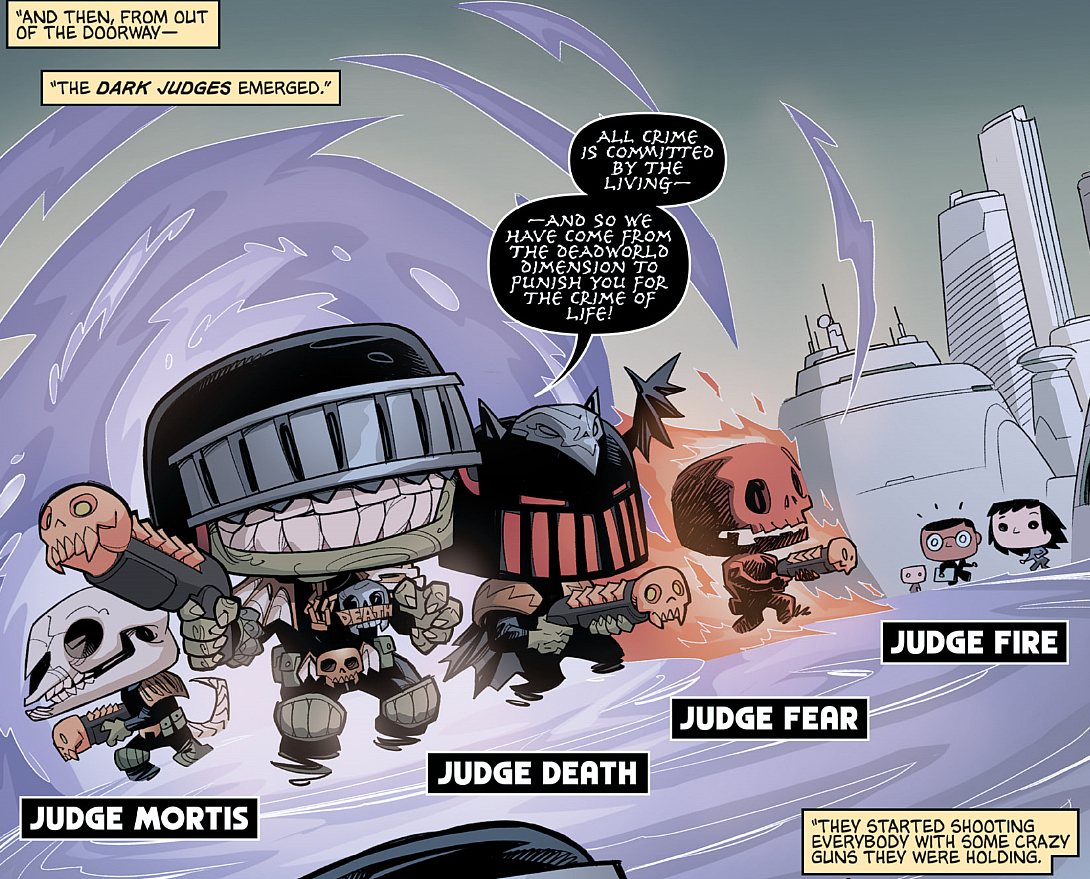 The third story in this anthology is called Matters of Life and Death and opens with citizens running away from zombies.  Dredd asks what happened and a citizen tells him that an interdimensional portal opened and suddenly four evil Judges appeared.  The fired green ray guns at people and turned them into undead zombies.

Dredd asks Judge Anderson to track them down and she locates them in a building.  Dredd and Anderson infiltrate by dressing as Dark Judges themselves.  It turns out that Death and co. are building a weapon that will turn everyone into zombies.  For some reason though it has a ‘reverso ray’ setting and Dredd uses this to turn everyone back into the living people.

It also has the effect of turning the Dark Judges into the exact opposite.  Four Judges who just want to dispense hugs.  This story is genius and we will fight you if you don’t like it. 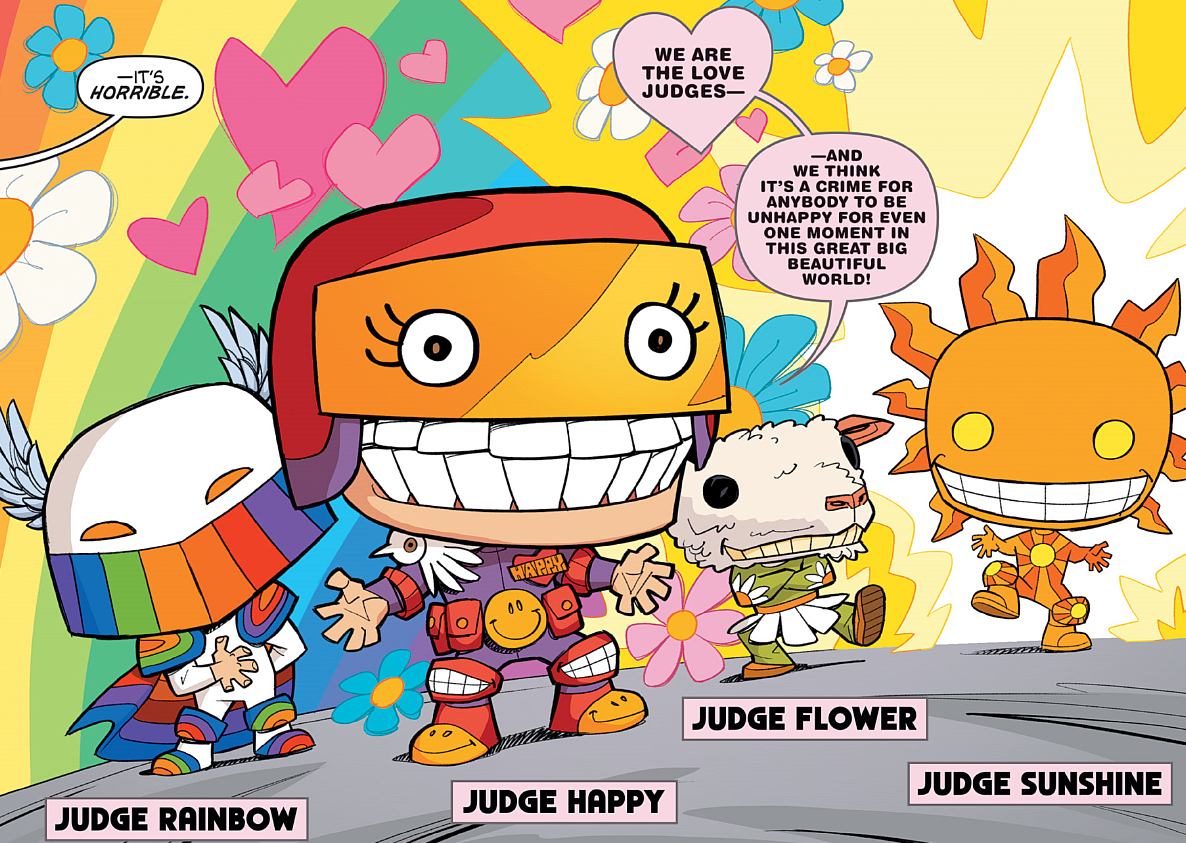 Judge Dredd: Funko Universe hasn’t been reprinted.  Grab it digitally below or get it on eBay for about a fiver. 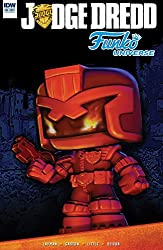