Just as the whole Judge Death thing was getting good with both the current main timeline story of Death in space and with Kek-W’s excellent Fall of Deadworld series, this interesting curio came right out of left field and was one of the harder stories for us to track down.  That’s because it wasn’t published by Rebellion but rather IDW, the American publishing company.  So this story doesn’t show up on the 2000 AD shop, the Judge Death Wiki or the BARNEY database.

This isn’t really a legit Judge Death appearance either but rather another one where some weird cultists have taken to dressing up as the Dark Judges and drugging people.  To be honest, it’s a little confusing at the best of times and not really one to bother seeking out especially as it sits as part of a larger story that isn’t Judge Dredd canon.

The writing isn’t all that interesting but the art is okay which is a relief given how terrible the cover art for this issue is.  Overall though this isn’t a great story and is far from essential for fans of the Dark Judges. 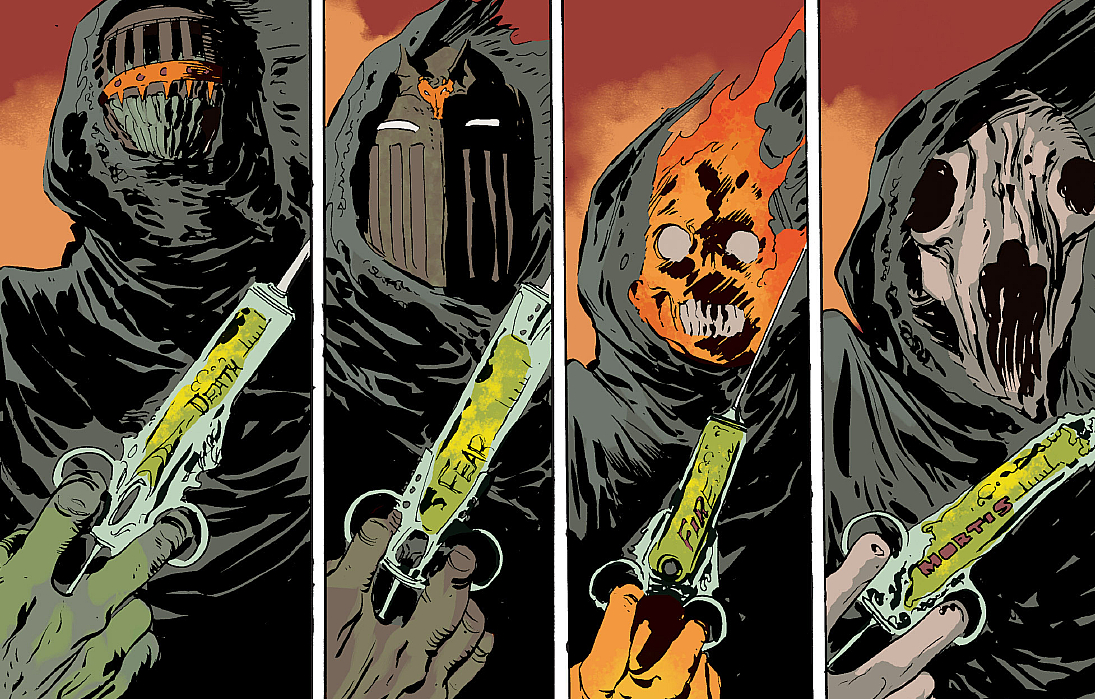 Mega-City Zero is a Judge Dredd story where Judge Dredd wakes up in parallel timeline where Mega-City One is no longer there and is instead an area covered in grass and the people living there do not respect the authority of the Judges (given that there aren’t any).

The Dark Judges, or at least the cultists who dress like them, make their way into the story in issue 8 which explains the premise and tells how Dredd has been joined by three feral girls but that one of them was killed earlier in the story while the trio were escaping from a group called the Yes-Men.

The story then picks up here nine months later.   Dredd is living in a village with some people who want to punish one of the girls for being a killer.  Dredd leaves town with the two girls, and a dog called…. ugh…. Pug Dredd.

They run into a creature that looks like the Marvel character Venom and then into the four Dark Judges.  Dredd thinks they have done this, somehow destroyed Mega-City One, and he shoots Judge Death but it turns out the four are just regular people in costumes and it turns out that they have been using the essence of the Dark Judges to inject children in an effort to protect them from “The Grass.”

And if that doesn’t make much sense.  That’s because it’s not exactly all that clear.  But the story ends with one of the children they found turning into grass.  So make of that what you will. 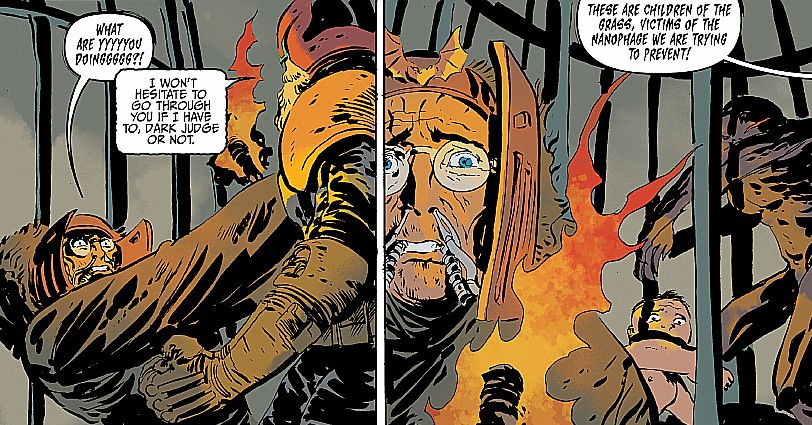 Fear trapped.  Death, Mortis and Fire lost in space (in the main timeline).

If you want this story then you’ll need to pick up the reprints.  The twelve issues of the story are printed across three collections and you’ll be wanting part two which covers issues 5-8. 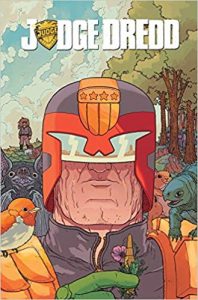