With Death, Fire and Mortis currently wreaking havoc in the off-world colony of Dominion, Memories Are Made Of This concentrates on their captured brother, Judge Fear, who is in captivity in Mega-City One.

This is a short story, at just nine pages, but is an interesting look at the extent of Judge Fear’s powers.  While Kek-W has been happy to explore Fear’s weaknesses in Fall and Dream of Deadworld, here he shows just how dangerous he is.

Even though it doesn’t really move his overall story arc on, this story is well worth tracking down.  Kek-W’s writing is, as ever, excellent and the art by Judge Death newcomer Dan Cornwell is excellent.  The black and white imagery feels particularly old school, giving this story a real classic 2000 AD look. 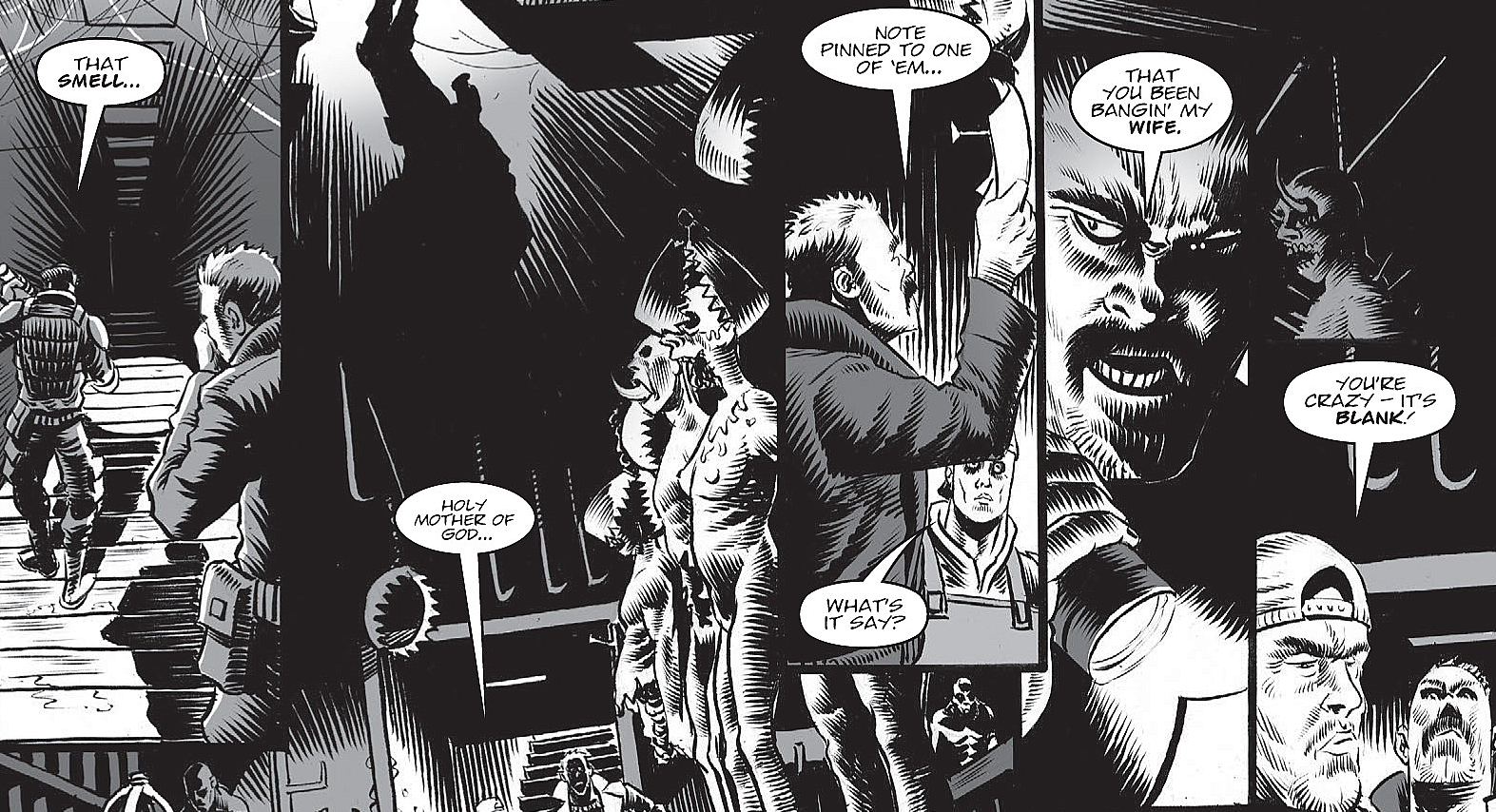 Memories Are Made Of This begins in a Dark Judge containment centre in Mega-City One.   Dredd has requested that Fear is encased in super-strength Boing and buried in the penal colony Titan.  However, the Judges in the containment centre have decided that he should be studied and so Psi-Judge Soren is tasked with studying Fear’s mind.  She’s confident she can do this without any problems.

She links with Fear’s mind and sees his past on Deadworld.  A team of men looking to overthrow the Justice Department there enter the Hall of Justice.  The start seeing the evidence of Judge Fear’s campaign of terror and torture but before long they begin turning on each other.  Fear is manipulating them, turning each man against each other before unleashing a team of ‘Deadheads’ on them, the AI-driven corpse bodies that we’ve been seeing in the Fall of Deadworld series.

Eventually, Soren realises that what Fear did to those men is what he’s trying to do now.  She’s locked in, trapped in Fear’s mind.  He starts showing her her past, how her parents died when she was a child but Soren clings onto a nice memory of her mother and this is enough to allow her to get free.  She then tells her fellow Judges that Fear manipulated them into believing that studying him was a good idea.

Fear realises that he is defeated this time but is confident that one day he’ll be freed, either by the hands of the Dark Judges or by tricking someone else.

Loose in the colony of Dominion with Mortis and Fire.  Judge Fear still trapped.

This story hasn’t been reprinted yet and so you’ll need to track down Prog 2073.  The link below is 2000 AD’s product page where you can pick up th digital version. 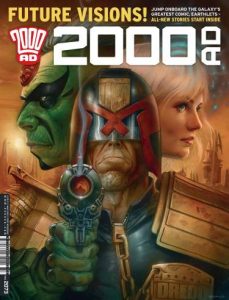