If the ’90s era, at least once the dust settled on Necropolis, Judge Death made 18 appearances across various specials, Progs, Megazines and newspapers but this prolificness came at a price.  For the most part, Judge Death became a comedy figure and even when he wasn’t his stories usually started and ended with him in captivity.  He’d get out, judge a few people and would be back in the cubes before dinnertime.

Well, John Wagner’s first story of the decade changed all of that.  My Name is Death is his darkest story yet and sets up more adventures for the character while Frazer Irving’s black and white artwork is as oppressive as it gets with some intricate line work but a lot of shadow. 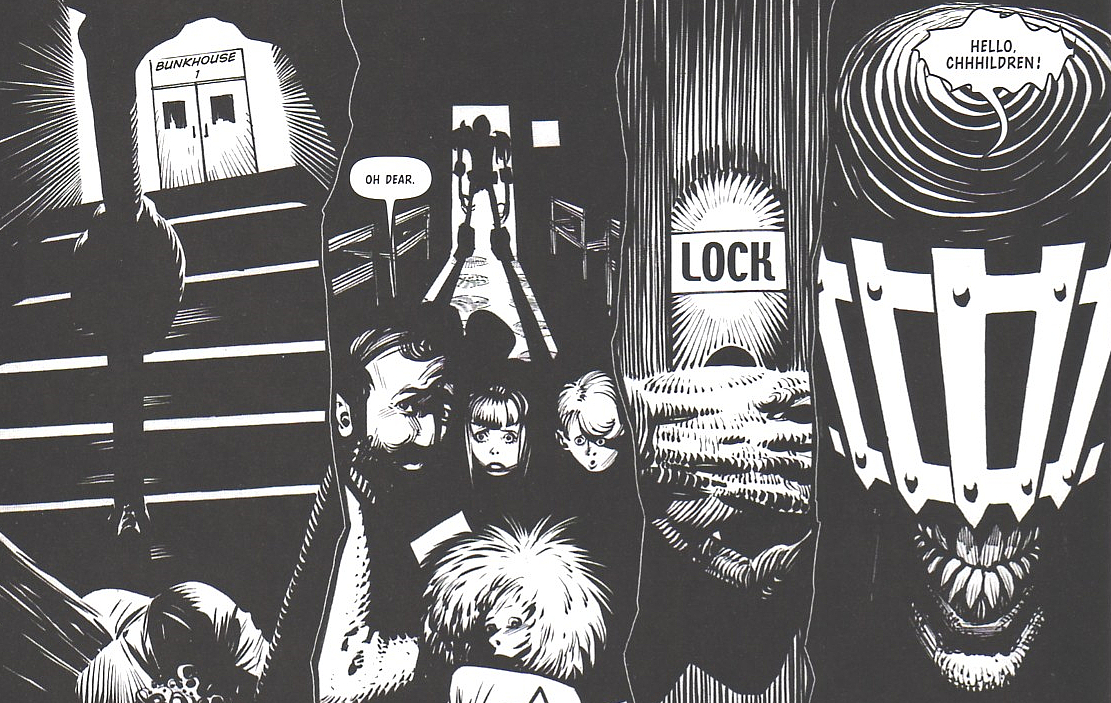 My Name is Death starts on Luna One, a moon base, where Judge Anderson is helping a child who has stopped speaking.  She looks into his mind and sees him witnessing his mother being beaten by his uncle.  While Anderson is helping him, she sees a glimpse of Judge Death.  When a second stronger vision appears to her, she realises that he’s free and that she needs to get back to Earth as soon as possible.

She gets a message to Judge Dredd who investigates the prison where the Dark Judges are being held.  There are four crystals, each trapping one of them, but Dredd notices that Death’s crystal is a fake.  It turns out that a Judge, Homer Crisp, switched out the crystals, looking to sell Judge Death to a collector, Abner McAb.   We see their interaction as a flashback.

McAb killed him when negotiations don’t go too well and ended up with Judge Death in his collection.  However, Death knew the best way to cheat a cheater is to make him think he’s being cheated and so he stayed still in his crystal prison, leading McAb to think it’s a fake.  Of course, when he opened the crystal, Death was released and possessed McAb, using him to prepare Homer Crisp’s body to be his next vessel. 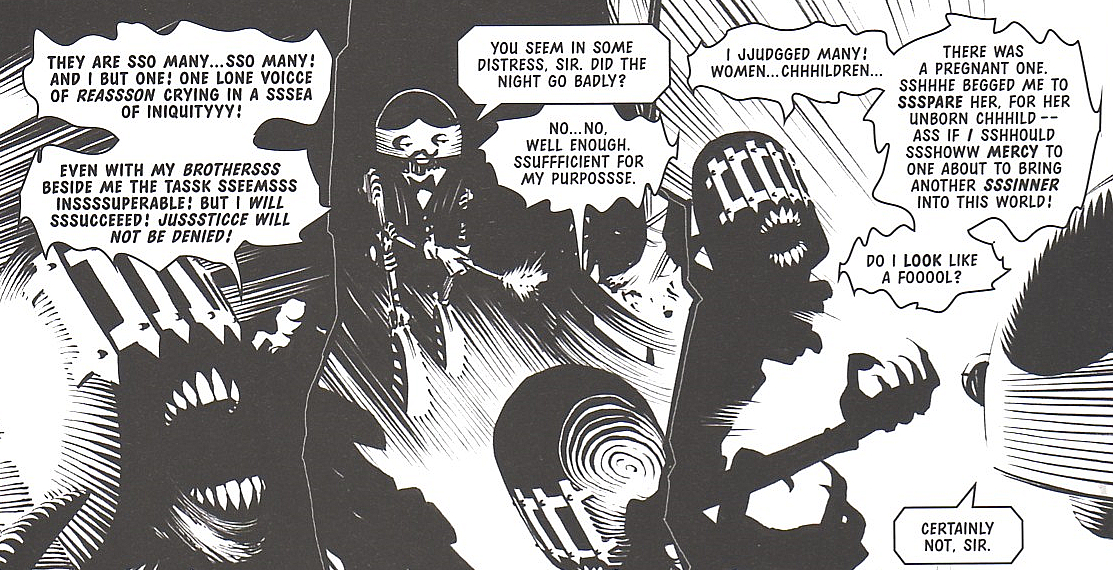 Death used that body to enter a Juve Home where he killed all of the youngsters, and adults, there.  Judge Anderson picked up on this from the Moon and rushed back to Earth.

On Earth, Death continues his murder-spree, focusing on children, until Anderson catches up with him.  He reveals that he targeted children specifically, knowing that this would draw Anderson out where he could neutralise her because while he might be thought of a Dredd’s arch-nemesis, it has always been Anderson who was the biggest thorn in his side.

He managed to get his hands on Anderson but is interrupted by Dredd before he can kill her.  He instead throws her from the balcony, assuming she’ll die.  However, Anderson ends up in some safety netting but is now in a coma, entirely neutralised by Judge Death’s touch.

The story ends with Judge Death free to roam Mega-City One and beyond and we see him, in a hat and long coat, entering a house and saying “my name is Death, I have come to judge you.” 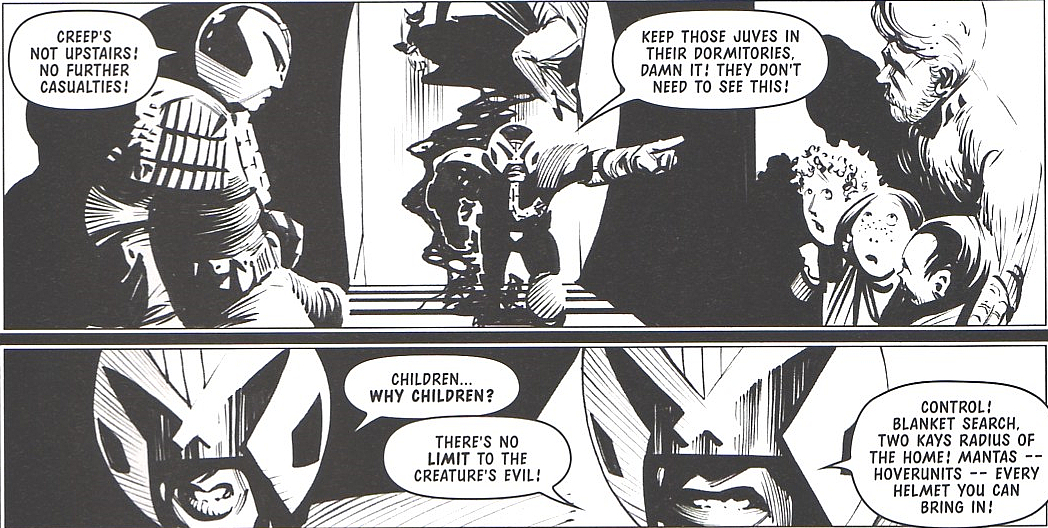 There are two graphic novels to pick from here.  The one linked below is quite cheap but we’re not sure what other stories are included.  There is another that contains The Wilderness Years but physical copies are hard to come by. 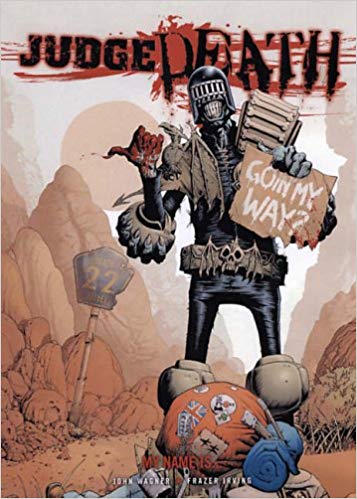 My Name is Death