Necropolis is considered to be one of the greatest stories to ever feature in 2000 AD and is described as a “mega-epic” not only because of its 26-prog run but also because of John Wagner’s incredible work in setting up the story. The obvious pre-cursor is Dear Annie which sets up the return of Judge Death and the other Dark Judges but there were other stories that also act as required reading if you really want the full story. These stories, collectively known as Countdown to Necropolis, are worth tracking down but as they don’t feature Death and co, we won’t be covering them here.

As important as Necropolis is, it doesn’t feature the four Dark Judges all that much, at least not for the first half. Instead, the story here is focused on the Sisters of Death while the human Judge side of the story gives equal billing to Anderson and Dredd.

From a review point of view, the writing is great and Ezquerra’s art is really striking with a lot of the panels being dominated by one colour, giving a really unique look to the story. The only downside for us is that we would have loved to see more from each of the Dark Judges. Our favourite, Mortis, gets more focus than the rest but the Sisters tend to get most of the focus from Wagner here, at least in the first half of the story. 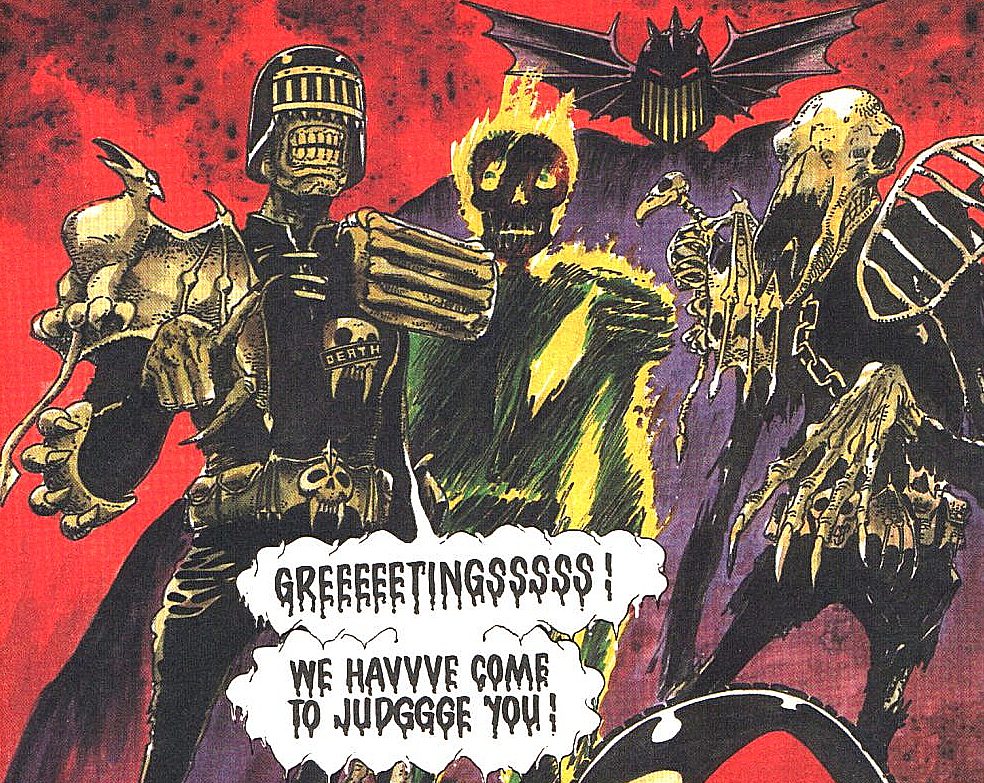 After Xena, the unfortunate wife in Dear Annie, was used to allow Nausea and Phobia, the Sisters of Death, to reach Mega-City One (albeit it psychically rather than in person), their first task was to find Judge Dredd. However, as the prior story The Deadman had revealed, Dredd had become disillusioned with the law and had taken the long walk into the irradiated Cursed Earth.

In his place is Judge Kraken, a clone of Dredd with a controversial past, who was saved from judgement for previous crimes and instead given Dredd’s name, and uniform, in order to hide Dredd’s self-imposed retirement from the public.

While he had many of the qualities of Dredd, he could never live up to the legend and so the Sisters are able to manipulate him into capturing a Psi-Judge, Kit Agee who they want to use as a psychic bridge to bring back Death and his Dark Judges.

However, they also use their time, and considerable psychic abilities, to convince the populace that Mega-City One is under a shroud of perpetual darkness. Their powers are mainly suggestive, able to trick people into believing that the Sisters are able to hurt them when in fact it’s all psychological. If you don’t believe in their illusions, you are unharmed but the citizens aren’t that strong.

The Dark Judges appear in the second act of Necropolis and start working day and night to dispense their form of justice to the people while Anderson tries to free Agee from the Sisters. Meanwhile Dredd, the real Dredd, returns to the city to fight the Dark Judges.

Taking down the Dark Judges is no mean feat though and ultimately the combined forces of Dredd, Anderson and a few overlooked cadets makes the difference. When Agee’s psychic link is broken, the Sisters disappear and when his Dark Judges are taken out, Judge Death decides to take a nosedive off of the Dunc Renaldo block.

Their defeat is a little too easy, a little too quick considering the amount of work that went into Necropolis and ultimately it’s Dredd and Kraken’s story that is more interesting. 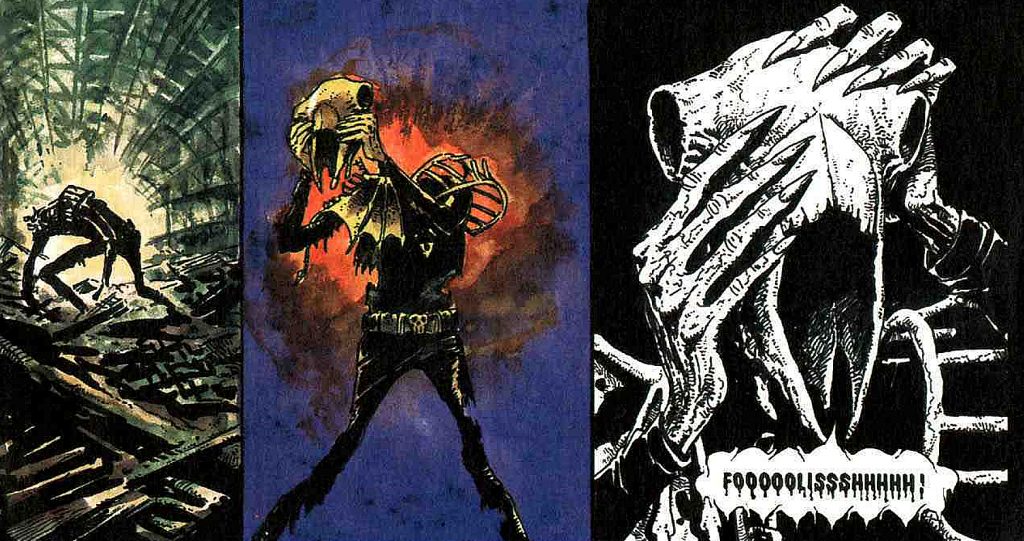 Dormant amongst the dead in Mega-City One. Fire, Mortis and Fear encased in plasteel cubes and locked into a secure vault. The Sisters remain on Deadworld where they were for the whole time.

If you want this, you’ll need to pick up Judge Dredd: The Complete Case Files 14. 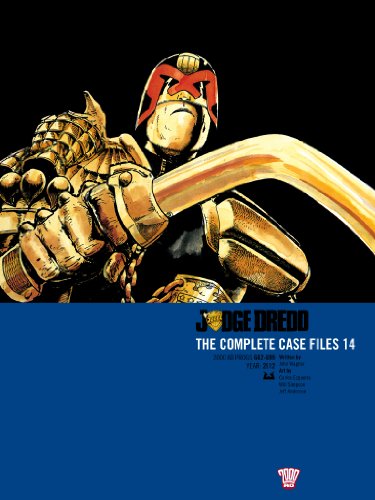