This is very odd.  Offered as an extra for subscribers who got Prog 1405 (or that month’s issue of Rocksound), this strip opened out to make a folder.  It features all four Dark Judges going up against the indie band Placebo.

It is written by Rufus Dog who I can’t find another credit for so I’m assuming it’s a pseudonym for a writer who wanted no part of this, with art by John McCrae (who to be fair does a good job here with some great colours by Angus McKie.  The story is nonsense for two main reasons.

Firstly, it seems to think that Placebo, and their fans, would be some sort of threat to the Dark Judges but mainly the problem is that it acts like Placebo are the most intense punk band of all time.  Look, I like a few of their songs but they’re hardly Suicidal Tendencies.

Anyway, this feels more like an advert for Placebo than anything meaningful and so it’s hard to recommend.  Especially as it brings back the unwelcome comedic side of Judge Death that we had hoped had been left behind in the ’90s.  For an indication of how bad it is, look at these next panels.  It was also the last Judge Death story of the 2000s.  Not a great way to go.

There isn’t much to this one.  Placebo Poster Prog is set at a music festival in Mega-City One.  The Judges have temporarily relaxed the noise regs and Placebo are due to go on.  However, the Dark Judges have decided to take the support slot and are using the opportunity to massacre Placebo’s fans.

Placebo decide to take action.  The drummer flings a ceiling at Judge Fear severing his head, the bassist gets the crowd to bottle Judge Fire who melts or some dumb shit and then the crowd “moshes” Judge Mortis .  The band then tear Judge Death apart and Judge Anderson traps his spirit in her mind.

The story ends with a clumsy pun based on the a Placebo song title. 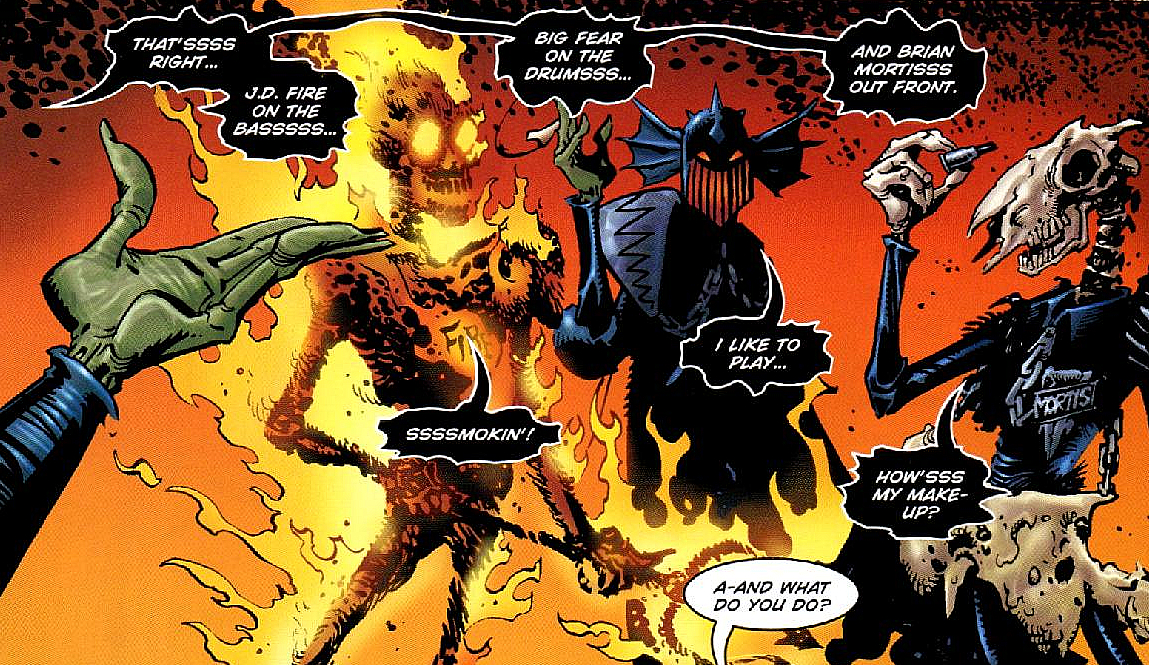 In hell.  The rest of the Dark Judges in captivity.

You’ll need to find the Prog for this one and hope it’s got the Poster Prog with it.  eBay might be a good place to look. 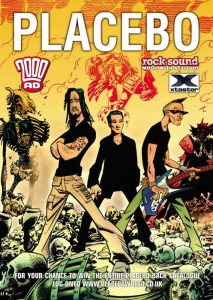