While many writers may have sat back after they had finally finished revealing their mega-epic, John Wagner continued the Judge Death fun right away with Theatre of Death.  Necropolis ended in prog 699 and this tale had a two-prog run starting in the very next episode.

Theatre of Death does continue where Necropolis leaves off but is very much a side-story and one that contains a lot of Judge Death but doesn’t exactly feature him in the way you might expect.

With Wagner penning this one, the quality is great as you’d expect and series debutant Ron Smith does a fine job with art too and while this isn’t strictly part of the main timeline, it is certainly a great story and one that Judge Death fans should pick up.  The only downside is that the cold opening is a little confusing at first. 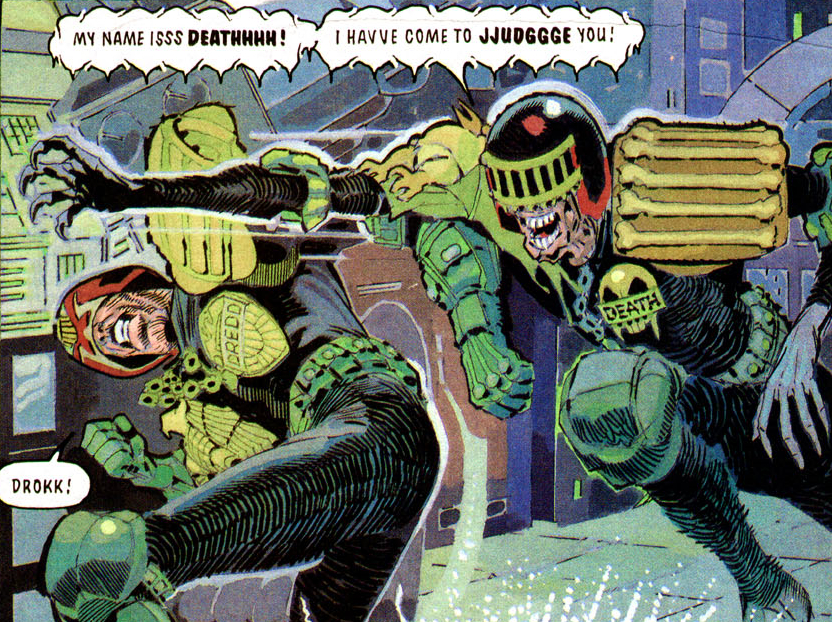 So, Necropolis is over but when two trespassers accidentally stumble on what appears to be Judge Death, they phone it and Judge Dredd comes to investigate.  After arresting them because, y’know, Dredd.  He walks in on Death tormenting Chief Judge Silver.  Of course, this has already happened during Necropolis and so when Dredd goes to shoot Death, the bullet passes through him (as I guess it would anyway) and he realises that this is just a laser projection of past events.

As Dredd walks through various recreations of scenes from Necropolis, he is attacked by Judge Death replica robots before eventually finding Winstanley, the curator of the Black Museum.  It turns out that during Necropolis he was charged with setting up a Theatre of Death by Judge Death himself.  However, when Dredd catches up with Winstanley it turns out he’s already dead.  Beaten to death by the robots.

As such this is not exactly a Judge Death story but one that is both references him heavily and sits in the timeline. 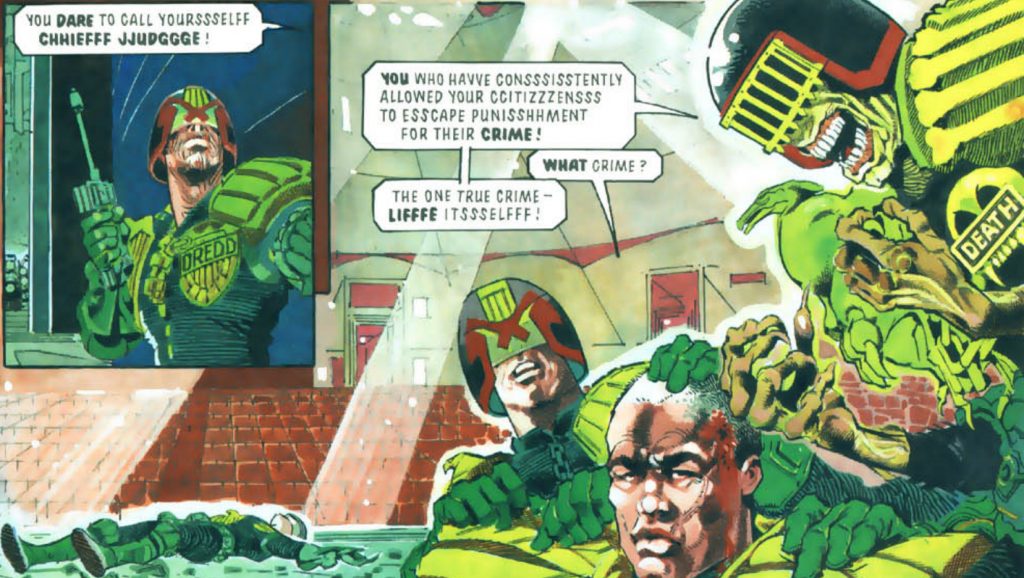 Dormant amongst the dead in Mega-City One. Fire, Mortis and Fear encased in plasteel cubes and locked into a secure vault.