Skip to content
History
First published in Prog 527 in 1987.
Writer: John Wagner / Alan Grant
Artist: Ian Gibson
This one off feature is a real curio.  It put the most well-known Judges into made up adverts for a little bit of comedic relief.  Judge Death gets his own six panel strip too.  It’s nothing to do with his timeline and it did hint at the more comedic version of Death that would show up in the ’90s.  A very little known story, the now-defunct Judge Death wiki had no mention of it and you really have to dig deep into 2000 AD’s ‘Barney’ database to find out about it.  So here it is! 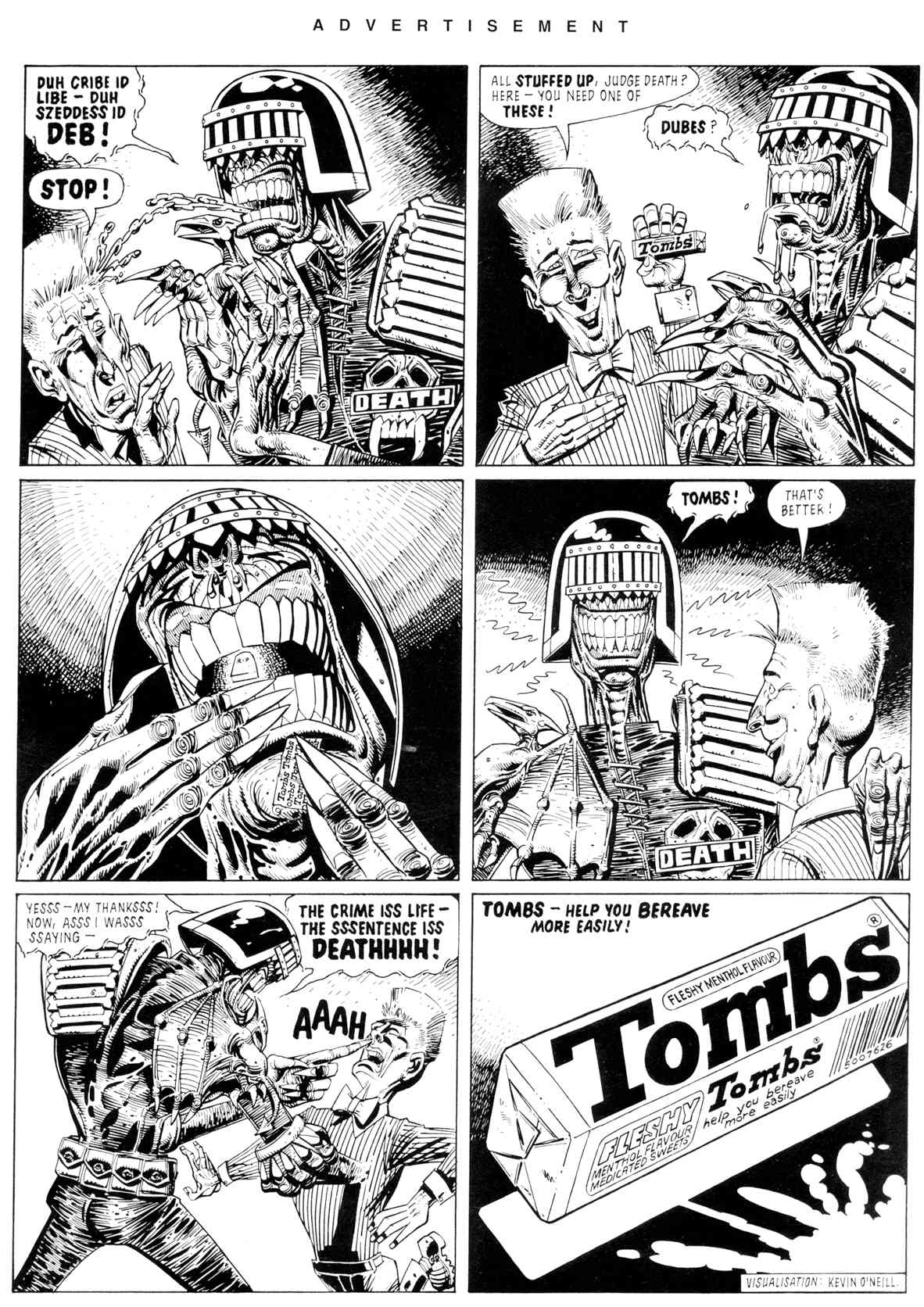